Gamers have been debating on 30FPS and 60FPS for a long time. Now the debate is even higher for 90fps and more. People are now into 144Hz and 240Hz monitors. So gamers are already into high frame rates world. But there is another world of videos. In the videography world, movies are usually published in 24 fps. Online platforms like YouTube have videos in 30fps and 60fps. There are higher frame rates for slow-motion recording as well. This includes 120 fps, 240 fps, 960 fps, etc. There are differences among these, and they give a different experience to viewers. So let us discuss these frame rates in detail.

Normally most people have monitors and smartphones with a 60 Hz refresh rate. This means they can show sixty frames of games and videos at maximum. The normal screen is not capable of displaying more frames than its refresh rate. This means there is a lack of fluidity. YouTube also released a new update to support 60 fps videos in 2014. This is a new experience after adding 4K video support. All of this shows that the world is moving towards a higher frame rate system. But it raises questions about the importance and impact on viewer experience.

There are some things we should know first. Traditionally cinemas were made using moving pictures in series. That is why we have the word motion picture. Scientists performed many experiments to check what rate is best for viewing. There were debates for 30 fps and 24 fps. But the studios settled for 24 frames per second as it was economical and gave a good experience to viewers. This is why movies are mostly recorded and published at that exact rate. Thus, we are also accustomed to 24 fps movies.

Debate over 30FPS and 60FPS Videos

FPS stands for frames per second, and the abbreviation simply gives the meaning. The number of frames is the number of pictures that come rapidly in succession. It creates a sense of motion due to the relative change in position and coordinates of any polygon or object. In a traditional 30 frames per second video, thirty frames or pictures are displayed in one second. In the case of 60 fps video, it is double the number of pictures. This causes a big difference in the viewing experience. File size also gets larger because there is more data.

We have been mostly recording videos and watching them at 30 or 24 FPS normally. This has been practice around the world for normal videos. In 2014, we got the chance to use LG G2. So, we recorded our new welding video at 1920×1080 in 60 FPS. It was our first experience with such a high frame rate. In our experience, it looks very smooth. For the first time, it might seem unnatural, but slowly it looks smoother. The movements are fluid, and it looks more natural to the eyes. When we compare that to the 24 fps video, we start finding differences.

Well, we have been watching movies and videos at 24fps till now. So our eyes are used to them. Most people define it as a cinematic experience. When recording at a high frame rate, we found that the captured moments have a lot of motion details because we were recording double frames. Watching the video in slow mode gives better moment capture and detail. 60 frames per second videos record double amount of frames, so playback is very smooth. The high frame rate video is also very useful for creating slow-motion clips.

As we said earlier, higher frame rates are also used for slow motion videos. This is because there are many frames in one second. It means more details. We can reduce the FPS of fast video to get slow motion. For example, if we convert 60 fps video to 30 fps, we get slow motion. We can easily do this in video editors like Adobe Premiere Pro. This is why many videographers take their B-rolls in 60fps. Some also capture high action and motion events at a higher frame rate. This is why we also see high fps options on cameras for slow-motion like 120 fps, 240 fps, 960 fps, and more.

High frame rate gaming is another interesting world. It is very popular these days with new powerful computers and graphics cards. The biggest driver is a reduction in the price of high refresh rate monitors. People can now easily buy 144 Hz and 240 Hz gaming monitors. This means gamers can enjoy more than 60 fps that their computers can push. It gives a smoother and fluid gaming experience. In our experience playing with a high-frequency monitor is simply amazing. This is why many gamers are into 1440p 140 Hz instead of 4K 60 fps. Playing first-person shooter games is a lot better in such displays.

We need to understand one thing that playing a high frame rate video is different than playing games. In the case of video, all frames are ready to pull to display. But in the case of games, a graphics card of console or PC needs to generate them and send them to monitor. There are many things at play that can affect the gaming experience. This includes input lag, latency, fps drop, screen tearing, and synchronization.

These days many smartphone cameras support advanced and pro video recording. This means there is support for 60 fps video recording with slow motion as well. Many smartphone cameras directly give slow-motion videos instead of the high fps video. This kind of recording and processing takes a lot of power. We need a lot of light to capture videos at higher frames. The camera sensor needs to take many photos. This means the sensor is open for a small amount of time. Therefore the camera requires more light and processing power. The output video is also bigger, and therefore, many companies use HEVC format for recording. It helps to save space.

In order to enjoy smooth videos, we also need better TV, monitors, and processors. Display manufacturers are always improving their processing power. Therefore we now have high refresh rate monitors at 144Hz, 240 Hz, and even 360 Hz. But they are very expensive. These panels are special, and manufacturers charge a premium for that. We are slowly moving towards those with higher resolution like 2K, 4K, and 8K. These days top players with deep pockets choose 4K 144 Hz monitors for their gaming PC. 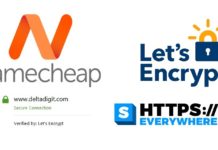