Oppo is one of the leading Chinese mobile phone manufacturers. They are doing great in their own country and Nepal. Oppo is a subsidiary company of BBK Electronics. BBK also looks after OnePlus and Vivo brands. Just within small time frame of launch in Nepal, they have taken the market rapidly. Oppo is now one of biggest Chinese mobile phone seller in Asian and Global market.

We all have seen big jacket page ads, hoarding boards and TV advertisement of Oppo phones everywhere. They mostly brand their phones as “Camera Phones”. We do actually admire the selfie or front camera result from their phones though. Vivo also markets themselves as music and camera phone. Many people recognize this big brand and the demand is also high.

Telecell Pvt Ltd is the official distributor for Nepal. They have very good and reasonable pricing among India and Nepal as well which makes than appealing to many customers. While Huawei, Xiaomi and other brands always have differences. We have made this list to help you guys. This is the official price of Oppo mobiles in Nepal.

Their portfolio is increasing each quarter. Oppo phones tend to have exceptionally high density camera sensors. Surprisingly they have higher resolution and pixels in front cameras than rear camera. We definitely recommend these phones to selfie lovers. It is because the pixel count is high and they have better image processing.

For example Oppo F3 Plus has 16 MP plus 8 MP dual camera t front which is surprising. This is because most phones don’t have dual front camera and let alone of that resolution. The company is providing phones with aperture of f/1.9 at max for 2017.

Oppo mobile phone do have great build due to metallic body, Gorilla Glass protection. We also love their bigger battery sizes. Some of their phones have Snapdragon while some have Mediatek chipsets. Most tech enthusiasts usually prefer Snapdragon chipsets so we also suggest to pick those models by checking.

The performance of the phone varies according to their specifications. In general they are good. The only letdown is overlay skin. We also advice them to use Stock Android skin for better experience and performance. The phones are getting better with each new release and it should keep up. 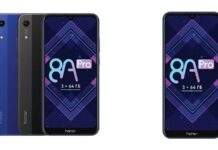 Honor 8A Pro Price in Nepal, specs, features, and details 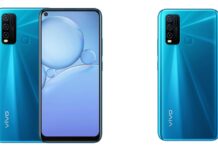