Nepal is a developing country and it has a very low literacy rate. Many people with low-income and lower education level reside in rural areas. These people don’t have enough money to provide their family with two square meals a day. They are also unable to provide their family with a good health facility, education, and residence. Poverty is the main reason for many problems. In order to make fast cash, many people fall into the trap of human organ trade in Nepal.

Many Nepalese and other such developing countries are leaving their country to work. They mainly go to work in Gulf countries. They work as low paid workers to save and feed their family. Even to go foreign, it needs money for tickets, Visa and processing. People who don’t have enough take the hard ways.

Some people sell their house, land, jewelry while some sell their organs. There is a high demand for organs like kidneys, liver and even skin. There are many underground brokers who lure and mislead people to sell their organs. Many healthy and good earning people also fall into the trap in hope of big money.

CNN and many other media have many documentaries on this case. They indicate that Nepal is the most affected country of human organ trade. The major market is India for such trade. Some people get donations from their relative while some get from cadaveric donors. When people don’t get donations easily they look towards the black market.

In rural parts, brokers and dealers come to lure poor and illiterate people to sell their organs. Many times people are duped and taken advantage of. Victims shown in such documentaries say that the dealers convince them about being no side-effect. People are told that there is no harm in living with one Kidney. So for a small amount of money they would sell their valuable organs.

Organ selling is illegal in Nepal. Thus we see people asking for help in many cases. Usually, family members donate organs if they match. There are rules in the Human Organ Transplant Act to control and guide these activities. All these demands of organs are there in the black market because there are fewer donors. It is highly encouraged that people donate organs when possible. For example, people sign up for donating eyes at Tilganga. Family members donate organs of their loved ones when they die in an accident. Cadaveric donation is another great way to help others.

Involvement of NGO, INGO, and Government

There is very high demand from the Indian market and the victim are people of rural areas. The main cause if illiteracy and obviously poor economic condition of people. The compelling factor is survival and food which they buy from that money. People with just one kidney of such areas have a lot of problems. The poor people need to work hard and with one kidney it is harder on them. Their health also gets worse as they don’t get good nutritious food. On top of that, some victims spend their money on alcohol and degrade their health further.

Read More: How Medicines can be Dangerous

Certainly, there are many families that are affected by this business. This is a severe problem after human trafficking in poor countries. Many times with the help of Nepal’s Intelligence Agency, Nepal Police, Indian Police and other N.G.O. like Maiti Nepal, several girls and children have been saved from the border before smuggling. The government also has many plans and rules to control this issue.

Shahid Dharmabhakta National Transplant Centre is country’s leading institute working in the transplant field. They provide free service to many people and this helps to save thousands of lives each year. The service is getting better but Nepal needs more. Still, many people go to countries like India to get transplant service. We hope the government and other organizations work on this issue and solve the related issues. 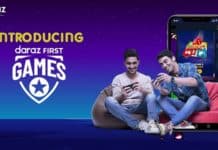