Xiaomi has launched the new Redmi 10 Prime in the Nepali market ahead of Dashain. It is a budget oriented smartphone with a new Helio G88 processor and a massive 6000 mAh battery. It is the successor of Redmi 9 Prime from last year. In comparison to the predecessor, Redmi 10 Prime has upgrades in different aspects. In our last meeting with the country GM of Xiaomi Nepal, Sourabh Kothari said that the company will be launching many phones this year. It could be as many as 3 phones per month. For now, let us discuss the details and specs, features, details, and price of Redmi 10 Prime in Nepal.

The Xiaomi Redmi 10 Prime has a plastic build body with an “EVOL” design. It comes with dimensions of 161.2 x 75.6 mm and 9.6 mm thickness. It has rounded corners, a big flat screen at the front, and a curved back. The front side has an earpiece at the top, a screen with a hole punch, and a thin bottom chin. Similarly, the backside of the phone has a big rectangle camera island with 4 cameras and LED flash. The left side of the phone has a SIM card and SD card slot while the right side has the power button and volume rocker. On top of the phone, there is a 3.5 mm headphone jack and IR blaster. Redmi 10 Prime has dual stereo speakers which provide excellent sound. This is quite rare in smartphones of this price range. It is a huge plus point for Xiaomi.

Inside, there is an Helio G88 SoC with an octa-core processor and Mali-G52 MC2. The Helio G88 is a new processor but it is similar to Helio G80 because the core architecture is the same. It has two high-power Cortex-A75 and four low-power Cortex-A55 cores. The processor comes with MediaTek HyperEngine 2.0 lite generation technologies and special support for 90 Hz display panels. It might be one of the reasons Xiaomi has used this processor. The Redmi 10 Prime comes with two memory and storage variants. First one comes with 4 GB RAM and 64 GB storage while the second one comes with 6 GB RAM and 128 GB storage. Our recommendation is the 128 GB model because of additional RAM which can be useful in the future.

Xiaomi Redmi 10 Prime is a beast in power because it comes with a 6000 mAh battery. There is 18 W fast charging and 9W reverse charging. In the case of fast charging, we know Xiaomi has even faster charging technology and that will comes in due time. For the reverse charging case, having a 9W wired reverse charging feature makes the phone work as a power bank. This is also a must-have feature for all smartphones with big batteries.

Redmi 10 Prime comes with a 6.5″ LCD screen with a resolution of 1080×2400. The panel has a 90 Hz adaptive refresh rate. This means the refresh rate can vary between 45Hz, 60Hz & 90Hz. The variation happens according to the content on the screen. The screen also has Corning Gorilla Glass 3 protection. On the top of the panel, there is a small dot not with an 8 MP selfie camera. The front camera is capable of recording videos at 1920×1080 at 30 fps. It has modes such as Auto HDR, AI scene detection, AI beauty mode, Short Video, Kaleidoscope, and Movie Frame.

On the backside of the phone, there is a rectangular island with four camera modules. The first one is a 50 MP main sensor with f/1.8 aperture and phase detection autofocus. Second one is an 8 MP ultrawide camera with an f/2.2 aperture and 120° field of view. Third one is a 2 MP macro camera and the fourth one is a 2 MP depth-sensing camera. Both macro and depth-sensing camera modules have an f/2.4 aperture.

The back camera setup can record 1080p videos at 30 fps and 720p slow-motion videos at 120 fps. In the camera app, there are modes for videos such as Short Video Mode, Macro video, Beautify, Kaleidoscope, Slow motion, and Movie Frame. There are modes of pictures such as Portrait, Pro Mode, Night Mode, Google Lens, Pro colour, Colour focus, and Skyscaping.

All these technologies generate a lot of heat. Therefore, the phone has dual graphite sheets inside to help in thermal management as well. Xiaomi has also made the phone splash-proof to add more durability and protection. There is an addition of safety with rubberized port seals and corrosion-proof ports. Redmi 10 Prime has heavy protection but there is no IP rating. So don’t keep going and immersing your phone in water. All these are there for backup and peace of mind.

Xiaomi has also implemented an extendable RAM feature. In this technology, the memory can be extended up to 2GB. This means the system uses 2 GB of storage space for memory-related or RAM-related work. This allows more apps to stay open and running in the background. This is very useful for Android smartphones with lower memory because the apps and games are becoming demanding.

The Xiaomi Redmi 10 Prime has been launched in the Nepali market. It is available for purchase in both retail outlets and online shopping sites. The official Redmi 10 Prime price in Nepal is Rs 20,999 for the 4/64 GB model. Similarly the price for Redmi 10 Pime for 6/128 GB model is Rs 23,999. The phone is available in three color options which are Phantom Black, Bifrost Blue, and Astral White. 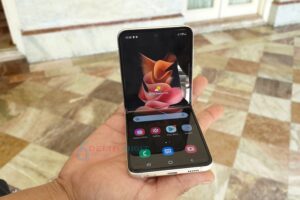