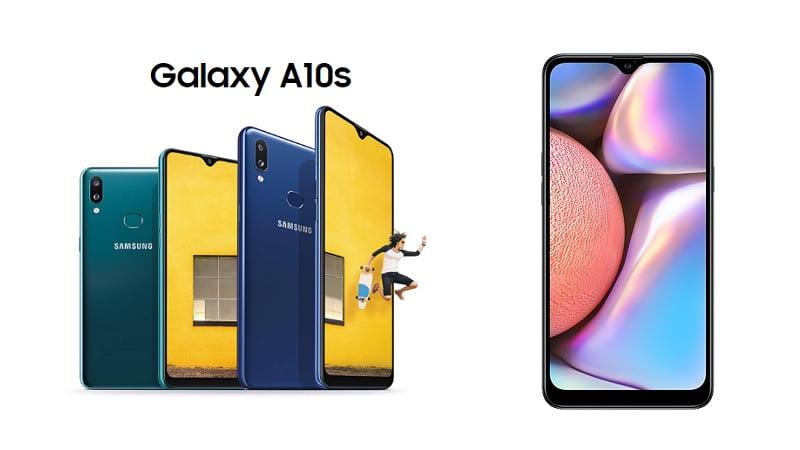 Just like the popular M series, Samsung has also refreshed the A series. Now the company has launched the Galaxy A10s in the market. Samsung Nepal launched the Galaxy M30s and Galaxy A10s in the market just before Dashain. As we hear, they are planning to launch more new phones after the festival as well. The Samsung Galaxy A10s price in Nepal is Rs 16,790 and it sits in budget space competing with many popular mobile phones.

The new successor has come just after 6 months of the launch of its predecessor. It is a very fast update. Usually, companies don’t update phones this soon. But Samsung is refreshing its A and M series mobile phone faster these days. This may be due to fierce market competition. In the new A10s there are some improvements and some things are still the same. Major improvements come in the camera, battery size, and sensor. These are important parts and this should make its good choice. However, let us see the full hardware specifications of this new mobile.

The series is popular as mid-range phone but as the company widened its portfolio, it now includes budget offerings as well. Therefore there are some changes and by that, we meant changes in hardware. Previously Galaxy A series mobiles used to have AMOLED screens but this A10s doesn’t have it. There is IPS LCD panel with HD+ resolution. Well, it is a budget end phone and many competitors have the same display type. But if Samsung could have stuck with its uniqueness it would have been much better.

Under the hood, this smartphone is operating with Helio P22 chip with octa core processor and 2 GB RAM. In the predecessor, there was Exynos 7884 chipset. Well 2 GB RAM is now basic and it is minimum anyone should have. There is no 3 GB RAM model here and it can be a small bottleneck for some performance freaks. However, we have to consider that this is a budget segment phone. But we also have to weigh in the fact that there are competitors giving more memory.

Galaxy A10s comes with 4000 mAh battery which is 600 mAh larger than the previous one. On camera section also we get 13 MP wide sensor at f/1.8 aperture and 2 MP depth sensor with f/2.4 aperture. The front side also gets upgrade with 8 MP sensor. The camera upgrade and battery size jump are the most important things that make this iteration more meaningful.

In the previous Galaxy A10 there was no fingerprint scanner but the new A10s comes with fingerprint scanner mounted at the back. So to sum up we get new chipset, bigger battery, better camera and additional feature with new sensors. These are good upgrades and always welcome in budget phones. This category is improving each quarter and we are happy to see how the range is evolving.

In simple look Galaxy A10s seems like a very good budget option for the price. But if you are using a A10 or M20 then there is no need to upgrade. Rather it is an option for people venturing into this price territory. Along with Samsung, many other companies are also offering phones with competitive pricing. Users can also get 3 GB RAM if they look for other options. So the memory is one point where it might loose and edge. Another variant with 3 GB RAM would have made it much better because people usually pay a bit more to get powerful, good quality product from a reputed brand.