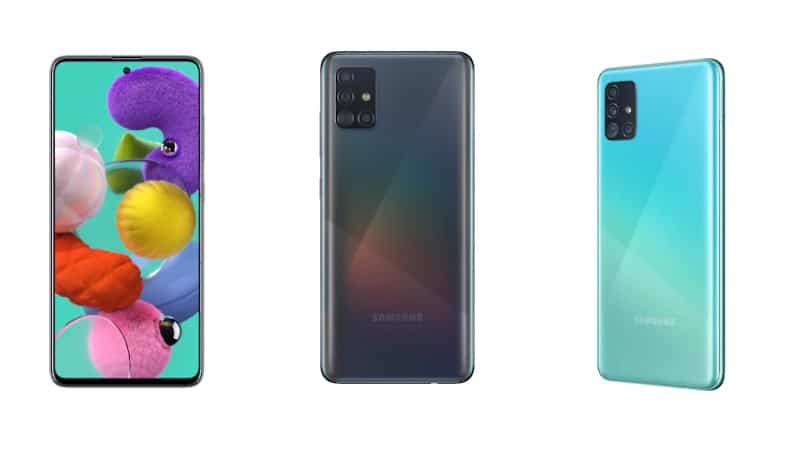 People all over the world are getting more price sensitive these days. They want the best specifications for their dollar. Customers of Asia were already very price sensitive but now we are seeing this in the USA and Europe as well. Instead of a brand, people want value and use. This is shown by the new report by Strategy Analytics which claims that Samsung Galaxy A51 is the best selling Android smartphone of Q1 2020. This means A51 was shipped highest all around the world. They shipped about 6 million units worldwide and captured a 2% market share with it.

Android world is mostly dominated by mid-range and entry-level phones. There is a healthy share of all companies in this market. The Galaxy A51 was mostly shipped in regions across Asia and Europe. The price of Samsung Galaxy A51 in Nepal is Rs 38,399 at the time of publishing this article. It costs Rs 25,250 in India and it costs $399 in the USA and £300 in the UK. The A51 has a 2.3% market share in Q1 2020. Next there is Xiaomi Redmi 8 with a 1.9% share in the market.

The Redmi 8 is quite popular in Nepal and India as well. After this Samsung Galaxy S20+ takes 1.7% and Galaxy A10s takes 1.6% share. It shows that the company with a good affordable model has a strong grab on the market. People do buy premium flagship phones but many people are very critical of the price to performance ratio. We also think that you should pay for the features you get. The main thing is now that after global lockdown and financial crisis, people will be even more sensitive on things they purchase. It will show a new shift in the smartphone market.

This smartphone has the specs of a flagship phone from a few years back. This shows how good the Galaxy A series has become. There is a big AMOLED screen with a hole punch at the top center and a 20:9 aspect ratio. Inside there is Exynos 9611, 6 GB RAM, and 128 GB storage. It also supports 512 GB external SD card. Exynos 9611 is an octa-core chip, so there are two quad-core sets. For battery, there is a 4000 mAh battery with fast charging.

The cameras at back have a good balance of everything. There is a 48 MP primary shooter, 12 MP ultra-wide, and 5 MP macro plus depth sensing module. The macro camera is a new thing we are seeing these days. This rear camera setup is capable of recording 4k videos at 30 fps and 1080p at 120fps slow motion. We are happy to see that Samsung’s mid-range supporting UHD video recording.

In comparison, we don’t see much of a difference. The processors are the same Exynos 9611, battery size is also the same but the differences are in camera and screen. The A51 has 6.5″ display while the A50s have 6.4″ panel with 1080×2340 resolution. Next, the Samsung Galaxy A50s has three cameras at back. They are 48 MP wide-angle at f/2.0 aperture, 8 MP ultrawide at f/2.2, and 5 MP depth-sensing camera at f/2.2 Both models have 32 Megapixel front camera but the A50s has f/2.0 aperture and A51 has f/2.2 aperture. This shows that the differences are very small and the main improvement is in rear camera and screen

There are very few improvements in the new model. But it is good that Samsung updated their products in this price range. It is good for everyone because new customers get a bit updated device with small improvements. Also the customers with Galaxy A50s also don’t feel bad about their purchase because there isn’t a big improvement in such interval.

This mid-range lineup of Samsung which includes Galaxy A51 and Galaxy A71 is very famous these days. These phones offer high-end hardware at a reasonable price. They have all the basic things that people demand these days. These models come with a bigger OLED screen, a camera with 4K support, higher pixel count, and good design. In comparison to models from previous years, we are getting better specifications each year. This is why new value models are getting very popular.

Shift in the smartphone market

The smartphone market is seeing shifts these days. At first, we saw that people started journey with low-end budget phones. Then some enthusiasts were going for a more expensive phone. Slowly budget range phones got better and mid-range also got better. So people started shifting to mid range because phones such as Galaxy A showed better value to customers. Samsung is also now heavily invested in A series more than ever. They are now understanding what people want.

This thing is now getting common in countries such as the USA as well. Usually people from South Asia such as Nepal, India, Bangladesh are very price sensitive. However people of developed countries mostly go for name and brands. Only less people critically think about specs and value before purchase. But this is changing now as some companies are increasing the price of flagship by a huge percentage. People are going toward mid-rangers which provide a better return on their investment.