Recently I bought the latest Samsung Galaxy Core Prime for myself. It is an entry-level Samsung smartphone from the Core series. The Core family is a newer lineup of 2014 with many different budget models. And Core Prime is the best option at this time as it sits above other core members. Samsung Galaxy Core Prime price in Nepal Rs 12,900 or ($120). I paid the full retail price to buy this device. Around 3 years ago, I bought the Galaxy Y at the same price. Now we are getting Core Prime at that price. So it is quite interesting to see the development. 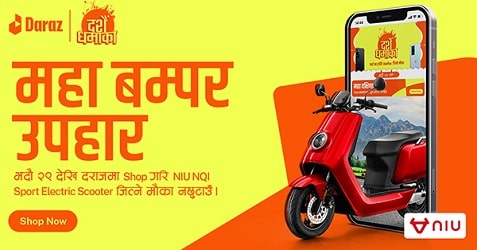 Samsung Galaxy Core Prime is a budget range device. It comes under a price tag of Rs 15,000. Core Prime is meant for starters, and it packs a lot for the price compared to what we used to get three years ago. It is good to see so much improvement in a short time. I have used this phone for quite a while, and this is my full review with experience. This has been my daily driver after leaving Galaxy Y. So I have a lot of experience to share.

There are a few other phones in the Core family as well. They are the Samsung Galaxy Core and Galaxy Core 2. The Galaxy Core Prime is the biggest brother in the series. Prime is better and more expensive compared to other models. This mobile phone was released in November of 2014. But I bought it as soon as it launched in Nepal. So, we are reviewing it now because we just got it. Remember one thing: this is a review of the 3G model and not the 4G version. The 4G version was launched in India and some other European markets.

Galaxy Core Prime has a plastic body with a traditional design and curved edges. The back is removable and convex in shape. The edge has a chrome finish and is made of plastic. We find the micro SD card and micro SIM card slot just above the battery on the backside. SD card port is just above the SIM 1 port, and SIM 2 port is on the right side of the phone at the back.

The phone is not that big, so it is quite comfortable to use. It also does not have a massive screen, but we recommend using tempered glass and a back cover. Just protect whatever you bought with your hard-earned money and keep it working as long as possible.

Samsung Galaxy Core Prime comes with Qualcomm Snapdragon 410 chipset. This chipset has a 1.2 GHz quad-core processor. It has a 64-bit architecture, and this is a good feature. Now more 64-bit processors are coming to smartphones these days. On this SoC, there is Adreno 306 GPU for powering the graphics. The internal storage is 8 GB, and about 5.5 GB is available for use. We can install up to 64 GB of an external SD card to expand the storage. We recommend a class 10 SD card for good performance.

The Core Prime has 1 GB RAM, which is standard in this segment. We don’t recommend picking a phone below this memory size at this price. The phone runs with Android 4.4.4 KitKat and a new version of TouchWiz. The Core Prime comes with a removable 2000 mAh battery. This is a good size, and it can pull 1-day easily with normal use for me.

I just use the phone for light internet browsing and email so that it can go 2 days with minimal normal use. However, it needs to be charged at the end of the day if we involve in heavy use like YouTube binge and gaming. According to the Samsung website, the device can provide 9 hours of video playback, 10 hours of Talktime, and 40 hours of audio playback.

Galaxy Core Prime has a 4.5” LCD screen with a resolution of 480X800. This is SD resolution and not even HD. The pixel density is 207 PPI, which is average for a phone of this budget. It is low resolution, but it can play 1920×1080 30 fps videos. This means we can enjoy HD YouTube videos with ease. The screen size is standard, and it is good for consuming content.

The camera on the back of Core Prime is a 5 MP sensor with an f/2.6 aperture. It can record 1280×720 videos at 30fps at maximum. It is quite disappointing to see that there is no FHD video recording support. Also, the HD video recording is not that good. Videos have less sharpness and more noise. Similarly, there is a 2 MP selfie camera on the front, and it can record 480p videos at maximum. The video and picture quality of the front camera is good for Skype and 3G calling. The back camera can give nice results if it gets good light. It has an f/2.6 aperture, so it needs plenty of light to create better results.

Core Prime’s back camera has a maximum picture resolution support of 2592×1944. Picture quality is good for this range of mobile. There are modes like autofocus and macro mode that make the camera very useful while taking pictures in different situations. Macro photos turned out pretty good in my experience. This gives photos with blurred backgrounds. The camera has a geotagging feature and LED flash with multiple options like Night, Sports, etc. There is an HDR mode as well, which makes the final result even better. It is not real-time HDR, but it gets the work done.

There are both 3G and 4G models available in the international market. However, 4G models with NFC are only available in certain countries. Samsung Nepal should have brought the 4G variant in Nepal as well. According to some news, 4G LTE is going to start in the coming future. Samsung Galaxy Core Prime has an accelerometer and proximity sensor. But it doesn’t have a gyrosensor or even a compass, and it isn’t very pleasant.

In terms of gaming performance, the experience is satisfactory according to price and specifications. We played GTA San Andreas and Asphalt 8 as a test for high-demand titles. They run quite well, but it is not at all ideal. We have to turn down the settings to get playable frame rates. However, the phone doesn’t get hot even after half an hour of gaming on these big titles.

Core Prime currently runs on Android KitKat. But Samsung is rolling out the Lollipop update for a few variants in some countries. We hope that Galaxy Core prime all over the world will get the update soon. A new update of 9.02 MB was just rolled out on March 2, 2015. It means they haven’t forgotten this device, so our hope is up. The Android 5.0 Lollipop has been deployed in Poland as well. So we may be getting it soon.

Samsung Galaxy Core Prime is a very well-received phone in the entry-level market. It has a new quad-core processor and quite a large screen. The camera is decent, but there is only 720p video recording support. I have tested HD video recording on a few Chinese phones as well. In my view, Core Prime gives better 720p videos compared to Chinese phones at the same price. So the phone is giving a satisfactory result.

The performance of Core Prime is appreciable for the price. It is fast and can handle all low to mid-level tasks with ease. Samsung’s TouchWiz UI is still crowded. I think they should trim it more and make phones fast. Overall, Core Prime looks like a good value product if we see all parts like design, processor, storage, and camera. This is a good phone, and I recommend it to people who are looking for a good Samsung smartphone upgrade in this range. 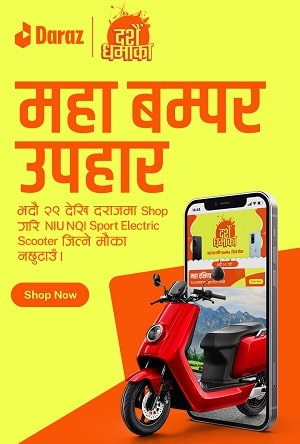