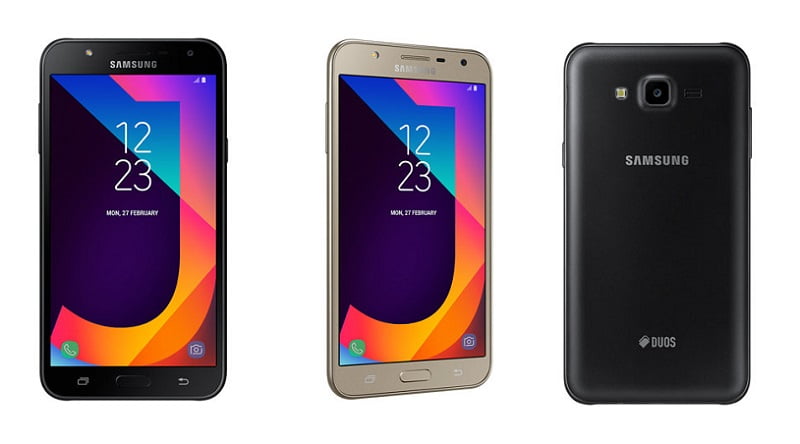 Samsung Nepal is in a phone launching momentum this month. Galaxy J7 Nxt has been just released in Nepal. The company launched three models of J7 within one month period. Current price of Galaxy J7 Nxt 16 GB in Nepal is Rs 19,900 and 32 GB model is Rs 21,990. This is one of the upper budget range smartphone in market.

Galaxy J7 Nxt offers standard Samsung hardware competing with many models in market. There are lots of phones at same price range in Nepali market.There are many J series phones. Moreover there are many J7 models too. To help readers and customers, we have already published comparison between Galaxy J7 Pro, Prime and Max.

Lets look at the specs of Galaxy J7 Nxt for simple idea.

Galaxy J7 Nxt holds an Exynos chipset with octa-core processor and Mali T830MP2 GPU. In memory section we have 2 GB RAM and 16 GB On-board storage. It can support external SD card up to 256 GB. Camera department holds normal 13 MP camera with f/1.9 aperture at back and 5 MP sensor at front.

Main camera is capable to record video at 1080p. The phone packs a 3000 mAh battery inside and runs on Android 7.0. In terms of sensors, there aren’t much to talk about. We don’t have gyrosensor but only have accelerometer.

Galaxy J7 Nxt is pretty standard phone with time and market fit hardware. It offers a god chipset and powerful processor. 2 GB RAM is sufficient for medium multitasking and games. The camera also takes good pictures and videos at satisfactory level. Best part of the phone is AMOLED screen.

Samsung’s best part is its screen. We have localized features for data and power saving which is very good. It is a dual SIM phone with 4G support as well. Battery size is also sufficient to hold this phone for one days with normal to medium usage. The only thing we miss are sensors like Gyrosensor and compass.