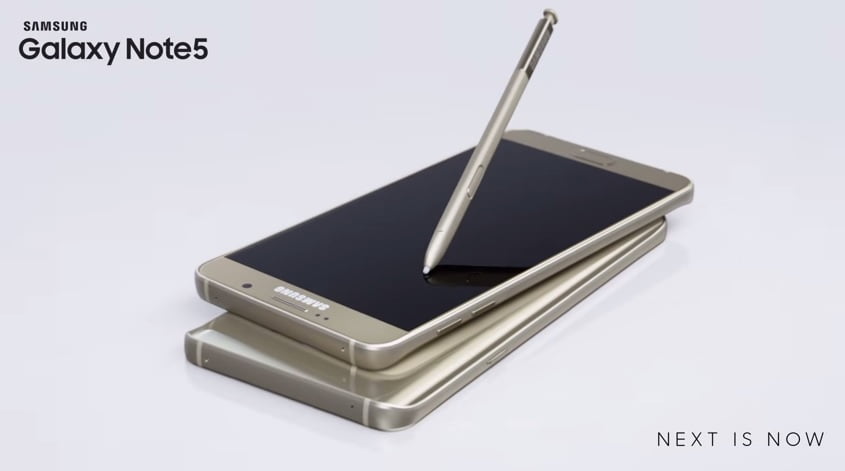 Samsung just unveiled the new Galaxy Note 5 and S6 Edge+. Both phones are flagship models and have great power. The S6 Edge plus is just the upgraded version of Samsung Galaxy S6 Edge. Note 4 is about a year old and now there is its successor in the market. Many people were waiting to upgrade. Therefore to help we are comparing the new phone with the old one. In this Samsung Galaxy Note 5 vs Note 4 comparison, we will shed light on different aspects.

This should help our readers to make a good choice. Galaxy Note is flagship lineup from Samsung. Lots of people love it due to the best thing that is SPen or stylus. Note phones are always beefed up and more powerful than S series as well.

It is always the powerhouse with a big screen, battery and powerful internals. This makes it productive, entertaining and useful. Galaxy Note 3 was the first phone of Samsung that introduced 4K Ultra HD recording and it is being continued till this date.

This year Galaxy Note 5 comes with many serious changes. It brings the design DNA of new S6 with it. There is glass and metal construction with no removable parts except SIM tray. S Pen is improved and the camera is also improved. Improvement is the way of growth and what we expect. But sudden changes done this year are pretty surprising. They are surprising in both positive and negative ways.

Let us see the difference between the hardware specification of both phones using tabular format.

This year Samsung brought its new device with all new metal and glass design. The device looks pretty slim, beautiful and solid. The curved design on back of Note 5 makes it easier to handle even with its big size. Its new shape is carved so great that the old Note 4 appeared bigger. Screen size and quality remain the same this year with the same resolutions. Both have same Gorilla Glass 4 protection so there is no change in this part as well. However, screen sensitivity and SPen tip are improved for better response.

The Camera has improved is a bit noticeable with the rear module. But with the front camera got a huge jump with 5 MP wide-angle selfie camera. Both phones have 16 Megapixel sensor at back. But the main difference is in aperture size. Samsung Galaxy Note 5 has a wider f/1.9 aperture while Note 4 only has f/2.2. This gives new phone ability to capture better shots in low light and also have a shallow depth of field. Maximum video recording resolution is same 2160p at 30ps.

The internal storage option is now increased up to 128 GB. Base model comes with 32 GB only and it is not good. There is external SD card support this time so it is better to get at least 64 GB model. One of the most fascinating things is seeing 4GB LPDDR4 RAM on a phone. The SoC is using a 64-bit system and this should be better. There is an increment of 1 GB memory and this can improve performance.

The new Video collage mode in camera, extended screenshot function and new upgrades with Stylus or S pen some other great new features. The fast charging has also been further improved with fast wireless charging also.

The battery in the new phone is 3000 mAh which is 220 mAh smaller compared to the predecessor. Just like Galaxy S6, there is be non-removable back. Therefore there is no support for removable battery external SD card. Most people complained about this and they said they are not upgrading due to this.

The solid and premium looking glass design is really beautiful. However the trade off is nonremovable back and battery. One important thing that people are not ready to give up is SD card. Higher storage models are very expensive and many people don’t like being tied. Movable and cheap storage is great and this is one deal breaker for Note 5.

The phone is big and a lot slippery due to the glass. It seems a bit risky game. The phone is astoundingly beautiful with the metal and glass finish but if it drops the crack and scratch will make it look bad. So do put a good back cover for protection.

In the new flagship, there is great new UI, higher memory, improved SPen, and good look. On the other side, the lower battery is a bit smaller. By the way, both have Fast charge support. Galaxy Note 4 is still a very capable phone. It has 16 MP camera with 4K recording capability. The processor still holds up very well and the price is also down. So, if you want to save some money and enjoy a flagship Note lineup product, then go for Note 4. If you want the latest and best with amazing looks, top of the line chip and higher internal storage and improved camera then Note 5 is clearly the answer.