Samsung is on frenzy with price drops this year. The company held “Winter Festive Delight” offer just one month back. This time, Samsung Nepal is dropping price of few selected smartphones again. The discount are significant because they are for mid range and budget smartphones. Samsung Nepal January Big Saving Offer 2019 is one of the most required scheme because now the phones make more sense with the price. Simply we can say that, if were planning to purchase these phones go for it.

Samsung Nepal is giving discount on Galaxy A7 2018, J8, J6+, J4+ and J4. All of these phones came in 2018 and it is just great news. We know that Samsung is coming with its new Galaxy M series which is meant to take over the budget and mid segment again. This may be symbol of new champion’s arrival.

Company is giving cashback which is practically discount. The new new price of the smartphones after the January Big saving offer as as follows.

Galaxy A7 is getting discount of Rs 7000 which is massive in all terms. This changes the whole scenarios on its value. It makes much more sense now with the price. Galaxy J8 is getting Rs 2,600 drop while J6+ is getting Rs 2,600 chopped off. In case of Galaxy J4+ people are getting Rs 2,900 back but in Galaxy J4 the cashback is just Rs 1,000. How much the drop maybe, it is always good.

We did a full review of this phone when it was launched. It is Samsung’s first phone with triple camera at the back. It is a good experience because the optics game was upgraded here. As the price is now more reasonable, it would be good to purchase this if you like. The discount is only for the 4 GB RAM model with 64 GB storage. So here are the specs of Galaxy A7 2018.

Samsung Galaxy J8 is another mid range phone from J series. Its specification as listed below.

The Samsung Galaxy J6+ is new addition to J series phones. This can be taken as successor to the Galaxy J5 but it has a weaker quad core processor. The specs of this phones are as follows.

J4+ is a good offer at the price of Rs 15,990 but one might have to consider that it uses quad core processor. Its specs are as follows.

In our view, all discounts are good. This price decrease shows us that, Samsung may be preparing for the new upcoming A series and M series phones. According to some sources the new phones are planned to take over the mid range and budget segment again. 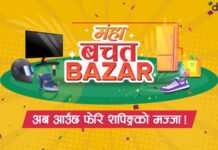