Few weeks ago 25 years old Nepalese scientist Lujhendra Ojha was on huge highlight. He has the major role on finding the evidence of water on Mars. They used spectrometer to pursue the truth for finding real molecular water. It is present under certain circumstances but the quality and amount present is unknown. There are many renowned, talented scientists, mathematicians, physicists, doctors in Nepal but we know so less about them because our country lacks the infrastructure. This article is actually inspired by the new video “The War on Science” of AsapSCIENCE.

Dr Sanduk Ruit is one of the most lucrative and famous doctor of ophthalmology who got Ramon Magsaysay award. His is one of the biggest reason that reduced the cost of cataract surgery because of production of cheap intraocular lenses in Tilganga Institute of Opthalmology. The lenses are exported to many countries and the manufacturing devices are known to be very sophisticated.

After SLC many students pursue science in form of Physics or biology and some computer science. Then there are many fields to pursue, looking at the trend most of students who study ISc physics go to Engineering and some to BSc. Biology pursuers go to medical field mostly and some take BSc for research purpose. Some go to foreign after +2 or some some go after Bachelor and many try to fly after Masters degree.

The biggest issue in Nepal is brain drain which is due to job insecurity and future. America, European countries attract the students because they can go to these places, study and work to earn good sum of money. Many great doctors, laureate , great minds are called abroad so that they can continue the research in those countries and somehow whole benefit is induced to those countries leaving this land barren.

Did you know before 2005 AD (2062 BS) Nepal used to be the world’s 7th biggest rice exporter in the world. We used to export rice to Japan and other countries but now we have to import from them. This is due to lowered number of efforts and research in Agricultural sector. There are very few people who are studying agricultural engineering and irrigation these days. The main cause behind this reason is lack of governmental funding and commitment.

Many government has changed but non of the budget ever publicly said and showed commitment in the field of science and technology. Digitalizing Nepal, governmental works and improving standards of science and technical college is today’s biggest need if we really wish to develop this country.

We have heard of really talented teachers, science experts in these fields who have been called abroad for their research. Some go and settle but some make glory and return to teach the younger generation. We need to scratch and find all those gems from the society and for that what science needs is good funding, commitment and promise of bright future. Next time when election comes lets advice and see the commitments of our leaders for developments in education, science and technology.

5 Most Dangerous Chemical Compounds in the World 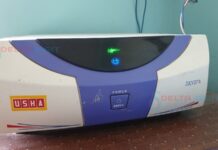 UPS Mode Vs Inverter Mode in Inverters: Which is the best