Vivo Nepal has launched the new V20 SE in the market. It is a mid-range smartphone with a modern sleek design, triple rear cameras, and powerful hardware. It is the new addition after the launch of Vivo V20 in October. Vivo Nepal might also launch the V20 Pro in the future. We presume this because the company is launching the products from the V20 series. This lineup consists of mid-range phones with new hardware and modern design. The Vivo V20 SE Price in Nepal is Rs 39,999 for an 8/128 GB model. This phone is the smaller brother of the normal V20.

Vivo V20 SE comes in two color options. They are Gravity Black and Oxygen Blue. The V20s series is meant to offer new hardware, modern design, better and good all-round performance. According to the company, the V20SE is made for the fashion-savvy and evolved youngster generation. This is why there is a focus on camera and design. Vivo usually focuses on camera, selfie, design, and youth. However, the phone also has nice power inside it. There are interesting things like a fast charger, AMOLED screen, and rear triple camera set.

There are few similarities in the specifications of the normal Vivo V20 and SE model. This is why there is a price difference, as well. Some major differences include camera quality, pixel count, 4K video recording support, and a faster processor. Now let us discuss the hardware specifications of the V20SE in depth. In the meantime, we will also make some comparisons.

Inside the Vivo V20SE we can see Qualcomm Snapdragon 665 processor that was launched in 2019. It is a mid-range processor with 8 cores. This chipset has Adreno 610 GPU, which is good for playing games in optimal settings. There are technologies like Qualcomm AI Engine and Spectra 165 image signal processor. The modem in the SoC supports LTE Category 12 for downlink, which can give a maximum of 600 Mbps on 4G speed.

The system is paired with 8 GB RAM and 128 GB internal storage. There is also support for an external SD card for storage expansion. The battery on the Vivo V20 SE is 4100 mAh. It supports 33W fast charging. According to the company’s PR and advertisement, the phone can charge up to 62% in 30 minutes and 100% in an hour. This is very good, and the company also gives a charger inside the box.

The Vivo V20 SE has a 6.44″ AMOLED screen with 1080×2400 FHD+ resolution. There is a waterdrop notch at the top, which houses the front camera. This is the same screen size and resolution we saw on the normal Vivo V20. It is a big panel, and the resolution is also enough for the size. FHD+ is a good spot for mid-range smartphones because there is ample sharpness. The phone has 7.83 mm thickness and a 3D body design that the company calls “Sleek Magical Design”. It is the company’s approach to get a stylish and modern look for the young generation.

The phone is made up of polymer material but gives a good premium look and finish. The curves of the phone make it easier for handling and using. It is not a small phone by any means, but the weight is quite less. Vivo V20 SE weighs about 171 gm. This is light because it is made up of plastic. If it were a glass and metal phone, it would have been much heavier. V20 SE has a good looking back, and it comes in two colors. Both options are available in the Nepali market.

Vivo V20 series phones are focusing heavily on the camera. The V20 SE has 48 MP primary cameras for a normal wide-angle. Then there is an 8 MP ultrawide camera with 120 degrees field of view and a 2 MP depth sensor. This setup can record video at 1920x1080p at 30 fps in maximum. The flash on this device is dual-tone, which means there are two different colors of LED for better color in the darkness. There are various modes on the camera app built-in for better control and results. This includes Super Wide-Angle, Super Macro mode, Super night mode, Video face beauty, and ultra-stable video. The EIS helps to get stability as there is no optical image stabilization.

On the front side, there is a 32 MP selfie camera that can record 1080p videos. There are models like Super Night Selfie, Aura Screen Light, Multi-Style Portrait, AI Face Beauty, and Professional portrait. The Super night selfie helps to take better low light pictures with sharper images and better details. This uses AI, software, and long exposure. The software brightens dark spots and fixes overexposure in the highlights.

The Vivo V20 SE is a mid-range smartphone with a modern sleek design, mediocre hardware, and nice cameras. Qualcomm Snapdragon 665 chipset and 8 GB RAM are a good combination that can give a good amount of power for work and play. It could have been better if there was the SD 720G just like V20. That could have made it a much better deal. However, it is still a nice option with an AMOLED screen, AI Triple cameras, a big battery, and fast charging. The V20 SE is a good addition in the series that is different than V20 and comes at a reasonable price. 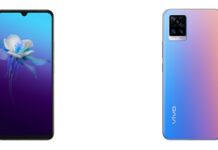 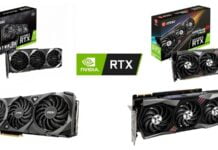 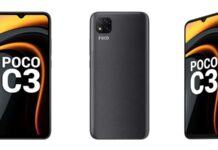